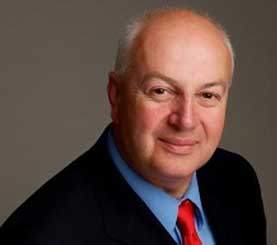 Bobby Kerr was born 5th August 1960 in Dublin. Brought up in Kilkenny, his father owned the four star Newpark Hotel. In 1981 Bobby’s first Job was as a chef/trainee manager with AIB Catering Ballsbridge. In 1982, Bobby worked for ARA Offshore Limited as a chef on Oil Rigs such as the Piper Alpha, the Brent Oilfield, the Cormorant Oilfields, in the North Sea as well as oilfields in the Norwegian sector.

In 1984, Bobby was transferred by ARA to their Canadian sister company Versa Food Services, working in their parks and leisure division. Holding Assistant Catering Manager positions in the Canadian National Exhibition Stadium in Toronto, the Ottawa Civic Centre and the Crystal Beach Amusement Park & African Lion Safari, he gained vast experience in stadium catering. In 1985, Bobby coordinated the catering for the Pope’s visit to Canada, an outside catering event for 1 million people.

In 1986 Bobby then joined Campbell Catering as the Catering Manager in University College Cork which involved the management of 7 food outlets and the campus bar.

Bobby began working as the Area Manager for Campbell Catering Cork in 1989, with operational control for 30 sites as well as a development role in seeking new business. Bobby was also involved with Campbell Catering Offshore serving gas platforms off Kinsale.

In 1992 Bobby became the Managing Director of Bewleys Oriental Café, Bewleys Franchising, and Bewleys Bakery. For the next 5 years, Bobby ran this very busy business with 30 cafes and a bakery with a turnover of over €40 million.

Bobby became Director of Development in Campbell Bewley Group in 1997 and was responsible for the overseas development of the Bewley Brand in the UK, USA and Japan. Bobby also ran the Product Export department and was involved in the acquisition of two American Café chains; Java City and Rebecca’s.

In 2003 Bobby bought out Fitzer’s Catering, who were 50% shareholders in PERK. That same year, Bobby sold Perk to Insomnia, reinvested all the proceeds of the PERK sale back into Insomnia and became a shareholder and CEO of Insomnia. From 2004 to date Bobby led the expansion of Insomnia from 17 to 53 shops and increased turnover from €5 to €13 Million. In 2008 he sold 51% of the Insomnia group to Penninn valuing the business at €16 million. In 2017, Bobby announced his departure from Insomnia, selling his shares to the other shareholders.

Bobby has appeared as a Dragon on the Irish version of The Dragons Den and was involved for the first 4 seasons.

Bobby went on a charity fundraising trip to Zambia with Habitat for Humanity with a team of 10 business people and travelled over to complete a home for a very worthy family. Working alongside local builders, the group stayed in a local village and raised over €40,000 for Habitat for Humanity.
Bobby continues to host “Down to Business” on Saturdays from 10am-12pm on Newstalk. 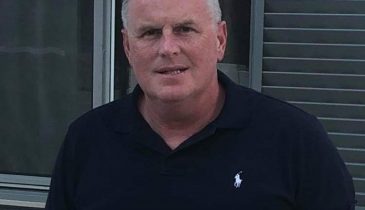